Haruki Muramatsu - Japanese legend has made many regular appearances on the PDC circuit throughout the years, including representing Japan in the World Cup of Darts and participating in the World Darts Championships on four occasions. Aside from his presence in steel-tip darts, in 2018 Haruki defeated 16 x World Champion - Phil Taylor in the Super Darts final and became title.

We partnered with Haruki to produce darts for him that reflected his legendary status and encapsulated the innovation, design and quality seen in Japanese engineering. 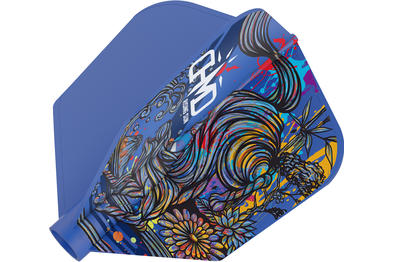