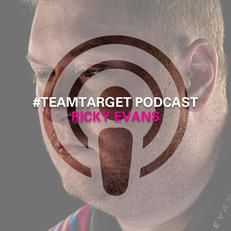 YOU'VE GOT TO BELIEVE - RAPID

Target's "Rapid" Ricky Evans is the fastest player on the planet who is still searching for his first ranking title in PDC darts.

The 29 year old from Kettering made big steps forward in his career in 2019, reaching the World Grand Prix and World Matchplay for the first time, and also making his first major quarter-final at the European Championship.

After an uncharacteristically slow start to the ProTour in 2020, Ricky reached the last 16 of Players Championship 6 in Wigan at the weekend, and spoke to Dan Dawson about his goals for 2020 and beyond.