Since bursting onto the scene with a run to the semi-finals of the World Masters in 2017, Gabriel Clemens has quickly earned his place on the PDC tour and risen through the ranks to sit just outside the world's top 32.

"The German Giant" is now a proud member of #TeamTarget and spoke to Dan Dawson about his darting career and what he hopes to achieve in the sport.

Q. Gabriel, how did you become involved in darts and how big a part has it played in your life? - I know that until quite recently you were still working a full-time job.

Like most people, I started playing darts for fun in a pub with friends and then started playing in a league at some point. Darts is now my job and I take it just as seriously as my previous job that I did until recently. I am a locksmith and have an exemption from my employer that I can fully concentrate on darts and train much more than before.

Q. When did you realise you had a special talent in this sport, and how difficult a decision was it to chase your dream of becoming a top darts player?

I played a lot of soft tip darts for a long time and won a few titles. I would say it got really serious when I made the semi-finals of the World Masters - after that I trained a lot and wanted to play Q School and the European Tour in Germany. It went great on day one and I made to the semi-finals; On days two and three it was over quickly, but on the last day I was able to win and suddenly I was one of the few players in the world with a tour card.

Q. You had played a few tournaments before the World Masters in 2017, but that was when a lot of people started to notice you. How significant was it to beat players like Jamie Hughes and reach the semi-finals?

I had played a few BDO tournaments from time to time and then qualified for the World Masters, which I had done about 10 years earlier (in between, I almost never played darts for two years). I started the tournament very relaxed, it went great right from the start, and I was able to win against really good people like Jamie Hughes and Chris Landman. It was a very important experience that I had.

Q. You won your Tour Card in your first attempt at Q School; what did it feel like to suddenly be travelling all over Europe and competing against the likes of Michael van Gerwen and Gary Anderson on a regular basis?

It was of course totally unusual for me to be constantly on the go. I am very grateful that I found sponsors immediately and that my employer supported me by reducing working hours. It's of course what all darts players want to play against people like Gary or Michael... although I've not actually played against Michael yet!

Q. Darts in Germany has grown massively over the last few years - how have you found dealing with the interviews and TV appearances that must be completely new to you?

I think darts has grown really big in Germany and can grow even more, I'm sure. We now have five tour card holders with Max (Hopp), Martin (Schindler), Christian (Bunse), Steffen (Siepmann) and myself. I think we are all competitive and have shown that we can get good results. For me personally, it was very unusual at the beginning that the media suddenly wanted to speak to me... and you could see I wasn't comfortable! I will never be the biggest speaker; that is not my nature, but I think I have also improved a lot in this area. I will also take an English course to be able to answer properly in English at some point. Playing in front of cameras on stages is also getting better from game to game. I am happy about every experience I can get there.

Q. You have come very close to winning a first PDC title, with four appearances in finals (including the German Darts Masters World Series event) - how desperate are you to finally get over the finishing line and win a tournament in the PDC?

I am not desperate at all. On the contrary, I am satisfied with what I have achieved in the two years but that does not have to be the end. I train a lot and work hard to eventually take that next step and win a final.

Q. You have recently become a new member of #TeamTarget, alongside great players like Phil Taylor, Adrian Lewis and Glen Durrant - what was your reaction when you first heard it could happen?

It is of course an honor for me that I am now with the same supplier as many of the best players in the world. I think it was the right time for me to take this step and it will help me in my entire development. I am proud to be part of Team Target now. Of course, I know that my name is at the bottom of the list with so many world champions and legends, but it also motivates me to work hard and succeed.

Q. You are currently ranked 38th in the world - how high do you think you can go, and what aims do you have for your career?

I've been on the tour a little more than 2 years now and I wouldn't have expected that I would already be in 38th place. I know that on a good day I can pose problems for every player in the world. My goal is simply to be more consistent in my performance, and I am putting in a lot of work to achieve that. I have no particular number in my head that I want to reach, but of course everyone wants to go as far as possible... and I want that too.

*scroll down to read German version of Gabriels latest interview. 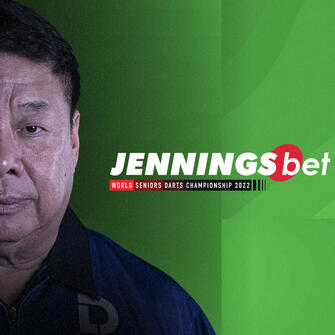 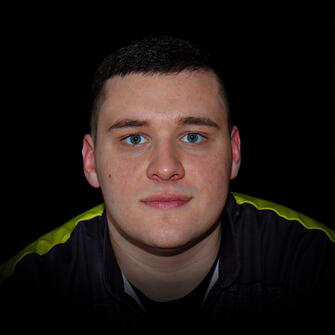