The first ranking major tournament since the World Championship takes place this weekend. The UK Open returns to Minehead after being held behind closed doors in Milton Keynes 12 months ago.

The tournament boasts the largest field of any major PDC event, with all 128 tour card holders competing for the title along with another 48 who have come through the second-tier Challenge Tour, the PDC Development Tour, and amateur qualifying events held across the country during the last two months.

Often referred to as "the FA Cup of darts", the rankings determine at which stage players will enter the tournament, with the qualifiers starting in round one alongside the 32 lowest-ranked tour card holders, another 32 PDC professionals joining in round two, the same number entering in the third round, and the top 32 in the world getting their campaigns underway in round four.

Team Target has 16 players in action, and we have broken them down into groups based on when they enter the tournament. However, with an open draw for each round (where any player could be pitted against any other, irrespective of ranking), many head to Minehead without knowing their opening opponents.

Top 32 (enter at fourth round)

2019 champion Nathan Aspinall only made his return to action last weekend on the European Tour as he manages an ongoing tendon injury, but he excelled at times in Riesa. "The Asp" reached the semi-finals and was only beaten by world number one Gerwyn Price, suggesting that he could be much more dangerous than even he thought was possible after several weeks without throwing a single dart.

Rob Cross may well be Team Target's strongest contender for the title, as he heads to the tournament where he first appeared as an amateur qualifier in 2016. "Voltage" will be looking to make a statement after the reduction in this year's Premier League field (from 10 to eight players) saw him overlooked for the line-up. Both Cross and Stephen Bunting are averaging more than 97 for the Players Championship events, having both reached quarter-finals over the first two weekends of action.

The open draw and unpredictable nature of the tournament could yet open up opportunities for Clemens and Durrant who will be aiming to put some wins together.

The second tier of seeds at the tournament sees two of Target's former champions enter the fray, with 2014 winner Adrian Lewis and back-to-back champ Raymond van Barneveld (2006 & 2007) both getting their campaigns underway.

"Barney" knows that he will take on the emerging Scottish youngster Willie Borland, but Adrian and Ricky Evans will both have to wait to see who emerges from the earlier rounds before they know their opponents.

While all three players have been picking up money on the Pro Tour so far this year, none of them have yet managed to win their boards (by winning the first three rounds). However, "Jackpot" and "Barney" tend to save their best for the biggest stages in world darts, and "Rapid" Ricky relishes every opportunity he gets to perform in front of the TV cameras.

Adrian will be looking to reignite and find some consistent form, such are the four-time major winner's achievements, there is always the possibility that this weekend could be the one where "Jackpot" gets a win.

Barry and Williams both enjoyed strong weekends in Germany on the European Tour, and have already managed to win their boards in the early Players Championship action. There will be very few players who will enjoy seeing their names drawn against the 19-year-olds, although "The Prince of Wales" does face a stern examination against Germany's Martin Schindler in his opening game.

Baggish is set to become the first American to play on the Euro Tour circuit after successfully coming through one of the qualifiers. Kevin Doets has been consistent so far in 2022, reaching his board final in all the Players Championship events and winning a Development Tour. If he can conjure up more displays like his 6-1 thrashing of Ross Montgomery (in which he averaged 106.38), then he could easily find himself in a main stage game against one of the big names in the fourth round.

Ranked 96-128 and other qualifiers (enter in round one)

Do not rule out these youngsters playing a significant part in the event, whether they make it to Sunday evening's session or not. Bradley Brooks got closer than anyone to knocking Gerwyn Price out of the Grand Slam, and Sebastian Bialecki hit a perfect nine-darter in his very first game on debut at last year's UK Open.

Both youngsters have started this year's Development Tour in excellent fashion, with Brooks picking up one of the titles and Bialecki having the second-highest average of all the players following the first five events. Both have been given difficult draws to get the tournament underway, with Brooks facing Rowby-John Rodriguez and Bialecki up against Canadian Matt Campbell.

The talented American Danny Lauby Jr will also make his debut at the tournament, having stayed in the UK to qualify through the Rileys event in Chorlton. Danny suffered agonising first-round defeats in deciding sets in both of his World Championship appearances so far and is due to a little bit of fortune. His path to the fourth round starts with German youngster Niko Springer, then either Dom Taylor or Paul Hogan, with Andy Boulton to follow in round three. While he has not enjoyed a TV win in singles format in PDC darts as yet, the USA World Cup star certainly has the potential to make an impact. 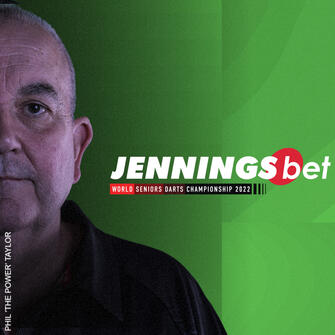