Target's Rob Cross became just the fourth player in history to win the World Matchplay as well as the World Championship, after holding-off a fightback from Michael Smith in the final at Blackpool Winter Gardens.

The world number two's finishing put him in complete control, cruising to a 9-0 lead with a series of two and three dart checkouts.

From there Smith began to come back into the match though, and "Voltage" saw his lead cut to just two legs, before withstanding the pressure to win the last three on the spin and complete an 18-13 victory.

"It's just crazy," admitted Cross whose victory seals a first title of 2019, "Michael was very slow out the gates tonight.

"I've found it very down sometimes [this year] when I've been losing with 106 and 107 averages. It looked like the clutch was slipping, but to get over the line will be a massive boost for me.

"I've loved this place for three years and to go out in the second round twice made me think 'what's wrong with you?', but to go on to win it... it's all complete, and I really haven't got words for what's just happened."

Cross is just the ninth player to win the title in the tournament's 26 year history, and now sits alongside Michael van Gerwen, Gary Anderson and Target's Phil Taylor as the only players to win the two biggest ranking events in the PDC.

"Voltage" will now head to Australia and New Zealand for the three World Series of Darts events in August, where he will compete alongside fellow Target pros Raymond van Barneveld and Corey Cadby, including the defence of his title at The Brisbane Darts Masters.

The next PDC action comes next weekend however, with the resumption of the ProTour, as two Players Championship events are held in Hildesheim, Germany - with live coverage on PDC TV. 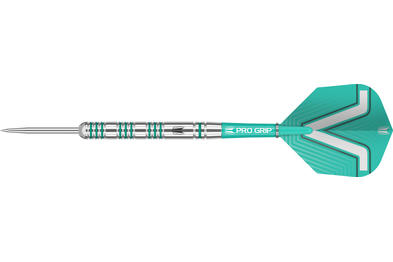