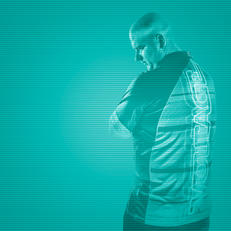 LISTEN: Post-game interview with Rob 'Voltage' Cross
Podcast | "Obviously if it was easy, there'd be a fair few more [names] there"

Target's Rob Cross guaranteed his place in the Premier League playoffs for a second year running with another masterclass of a performance.

The world number two beat former Champions League of Darts winner Mensur Suljovic 8-4 to maintain his position at the top of the table, with one week of league action to come.

"Voltage" hit four 180s in the opening three legs as he raced into a 3-0 lead, and hit seven maximums in total as he cruised to an 8-4 victory over the Austrian number one.

Cross finished with an average of 102.66, hitting almost half his darts at doubles, and knows that victory next week in Leeds against James Wade will secure first place in the league - and the £25,000 bonus - something only ever achieved before by Michael van Gerwen and Target's Phil "The Power" Taylor.

"Obviously if it was easy, there'd be a fair few more [names] there", said Cross, "and to make that would be a privilege.

"It's a tough game next week; James has had a great Premier League, he's playing brilliantly at the minute and I expect him to qualify too - but I just need to focus on myself and make sure I'm right and make sure I win."

Cross will compete this weekend in Sindelfingen, Germany at the European Darts Grand Prix - alongside fellow Target pros including Adrian Lewis and Ricky Evans, with live coverage on PDC TV starting from Friday (1pm local time).

TOP OF HIS GAME! 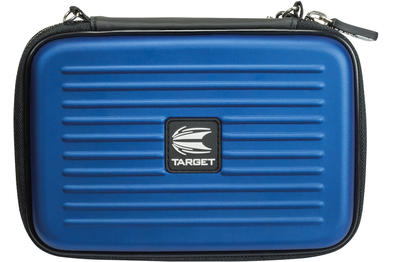