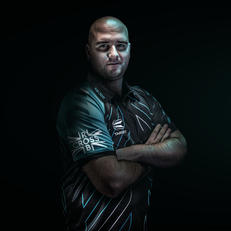 LISTEN: Post-game interview with Rob 'Voltage' Cross
Podcast | "if I'd started sharper, I might have had a lead."

Target's Rob Cross went one better than his debut in the Premier League last year, but missed out on the title in his second major final of the year at the O2 Arena in London.

The world number two came from 1-3 down to European Champion James Wade to bully him out of their semi-final tie, winning nine of the next 11 legs (and missing darts in the two he lost), and made it through to his first ever Premier League final with an 10-5 victory (100.31 average).

There, he made another slow start against the defending champion Michael van Gerwen, slipping to a 1-5 deficit, before producing a rousing fightback.

"I started too slowly and caused my own problems," said Cross, "if I'd started sharper, I might have had a lead."

"But I've done something tonight which I've perhaps not done for a little while, where I've dug my heels in - but I was up for it - I missed the three darts [to level] because of the adrenaline pumping through me.

"Michael's a brilliant player; he's in his prime, but I've not had my prime yet, and when I've got his number I won't let him forget it."

Cross will now take a fortnight off before representing England alongside Michael Smith at the World Cup of Darts in Germany.

There is not long to wait for the next PDC action though, as the European Tour continues from Friday afternoon in Zwolle at the Dutch Darts Masters - where Target players including Dave Chisnall, Ricky Evans and Nathan Aspinall are all competing.

You can follow the action live on PDC TV and worldwide via various bookmakers' websites.