The 3-time BDO World Champion now playing in the PDC, Glen 'Duzza' Durrant, has officially joined #TeamTarget. Glen is looking to the future here at Target and has said on becoming a part of our team, "This is the final piece of the jigsaw with the transition from BDO to PDC".

A few of Glen's achievements so far have included winning the BDO World Championship for 3 successive years in a row at Lakeside, starting his PDC career, going in the Pro Tour final, playing in the Premier League in Glasgow, and most recently, winning his very first PDC title.

Having recently left his job as a housing manager to start being a full-time darts professional, Glen has set high goals for himself going forward and hopes to get to Ally Pally. We are honoured to have him join our team and look forward to supporting him as he furthers his successes here in darts.

"I have really been focusing on my darts and since going professional have seen a further improvement in my game. Joining Target has given me access to the best tools in the sport which will help me get to the very top."

Glen worked with our design team to create a dart having his exact specifications - the Glen Durrant Generation 1. The 90% tungsten darts feature radial grooves along the barrel, offering excellent levels of grip and feel. Each dart has an intermediate Pro Grip black shaft and a Pro.Ultra flight including Glen's signature Middlesbrough lion logo.

"I spent a lot of time with the designers at Target developing my new dart, it's a real partnership to get it 100% right." 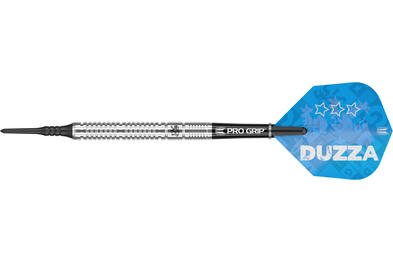